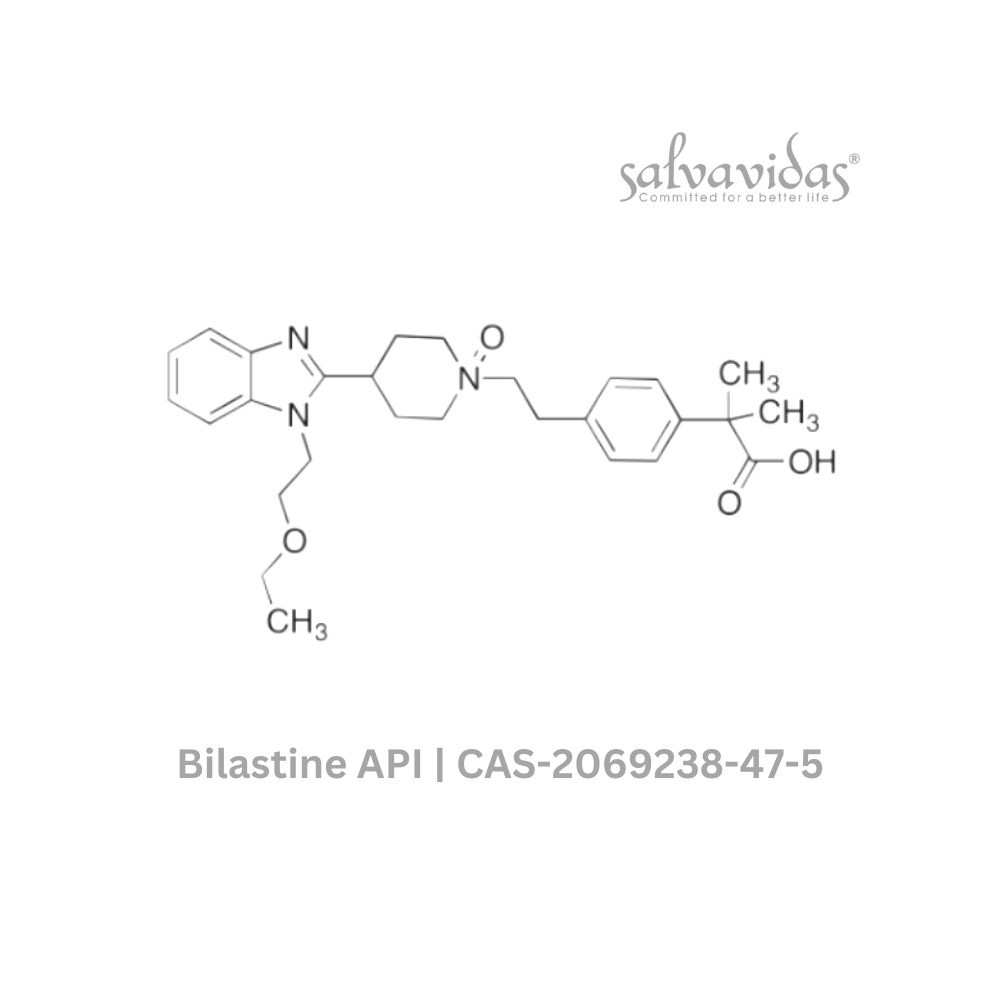 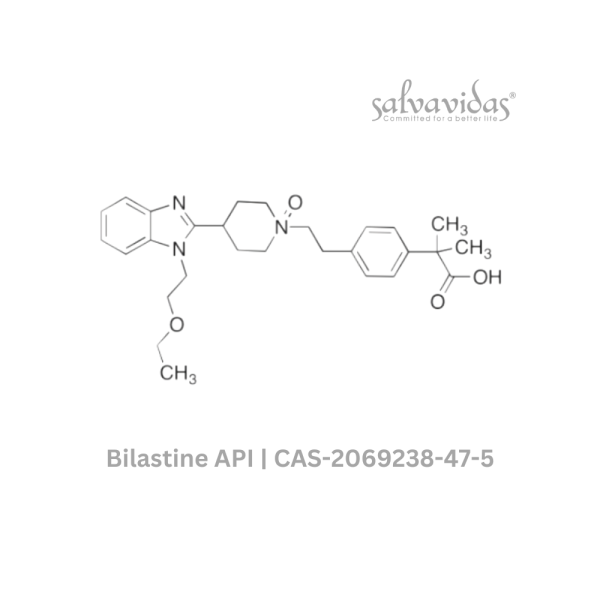 The histamine H1 receptor antagonist bilastine has a Ki value of 64 nM. Mast cells degranulate during an allergic reaction, releasing histamine and other chemicals. Bilastine lessens the onset of allergy symptoms by interacting with and inhibiting the activation of the H1 receptor, which is caused by the release of histamine from mast cells.